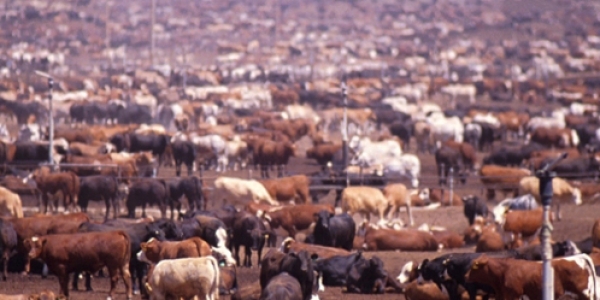 I don’t typically write this type of blog because, let’s face it, I’m not a learned environmentalist or scientists. But this seems pretty straightforward, although I’m sure people can criticize my assumptions.

Nothing new here, something most people know, but it’s interesting/depressing and I think we need to be reminded, every now and again.

Antibiotic Resistant Bacteria in Humans = Incurable Disease That Can Spread

So, in a nutshell, fast food and industrial farming, in addition to the major environmental impact they have, could result in incurable diseases in humans and the end of society as we know it, which includes eliminating the need for fast food restaurants.

Greed and overabundance eventually eliminate itself. Unfortunately, between now and then, there could be a lot of devastation.

Greetings faithful readers (I know there are at least two of you!)

It’s been a long time since my last post, I was inspired today by the portrayal of people with disabilities in movies. There’s been some buzz about the movie “Me Before You” and it reminded me of an editorial I wrote almost 20 years ago for the Able-Ezine.

It’s a little outdated, has poor grammar, is outrageously politically incorrect (I no longer use, or condone the use of the word ‘Crip’) and generally sounds like something someone in their early 20s would write. However, it still has some teeth- some context for the modern world. Hope you enjoy.

People with disabilities have been flooding the entertainment industry recently. Well, not quite. What there has been is a steady stream of characters with disabilities played by able-bodied actors. But even before Tom Hanks appeared on the screen as Forrest Gump – and showed us that having a cognitive disability can be funny – there have been many able-bodied actors who tried to master that graceful art of being disabled. For some, it’s been their ticket to the Academy Awards.

Don’t get me wrong. There have been some brilliant performances. Daniel Day-Lewis gives us a foot-stomping, Oscar-winning role in My Left Foot, a film based on the autobiographical novel of the same name. In it, he portrays Christy Brown, a painter with Cerebral Palsy. I have to say, Day-Lewis knocked my socks off in My Left Foot. He plays a person with CP better than someone with CP.

But, enough of the Siskel and Ebert thing. Let’s get to the issue. Why the hell does an industry founded on beauty and glamour want to film stories about people with disabilities?

Ever heard of The Good, The Bad, and The Ugly? Well, if you were to make a documentary on the portrayal of disabled people in film it could very well be titled “The Hero, The Villain, and  The Humorous.” That’s because rarely in the history of cinema have there been roles for disabled characters that do not fit into one of these categories.

After much research – I rented a couple of movies – I have concluded that the most popular Hollywood disability archetype in today’s movies is The Hero.

You’re wondering why this is? Well, it makes sense if your take on the media is that it’s a reflection of our societal impressions.

In general, disabled people are seen as incapable of doing wrong. If I had a nickel for every time I saw a crip get praised for the simplest task – like tying a shoe, or scrawling some stick figures with his mouth – I’d have enough cash to buy something frilly for myself. I realize it may be very unfair of me to judge these people. I also realize that for some disabled folk, these tasks can be real accomplishments. The point is, it has become the norm for the entertainment industry to portray most disabled people as heroes who triumph by performing remedial actions. Take My Left Foot, for example. At one point, the young Christy Brown uses his left foot to scribble the word “mother” on the floor.

If I’d done that as a kid, I would have become quickly acquainted with the back of my dad’s hand for marking up the floor. Granted, in this particular case we do witness something of a miracle, as Christy was never taught to read or write. What’s interesting about this, though, is that the scene leaves our souls filled with warm fuzzies, and our eyes welling with salty excretions – all because the young crip wrote a simple word.

“You are being so incompassionate.” I can hear the reproach already.

What I’m trying to demonstrate is how Hollywood is whoring us crips off as stereotypes to bring bleeding hearts into the box office. In the past – the ‘Old School’ era of crip flicks – disabled people usually were portrayed as villains or social deviants. Remember the various James Bond crooks? {Hmm. Crooks, Crooked, Scoliosis. How far can you go with the this etymology?)

Where the Old School crip flicks ran into problems was in their propensity for portraying someone as a bad guy merely because he had a patched eye or a prosthetic limb.  I think Hollywood had exhausted this particular stereotype by the time the ultimate disabled villain, Darth Vader, made it to the silver screen.

And let’s not forget the people-with-disabilities-are-humorous stereotype. There used to be a bumper-sticker that read: ‘Hire The Handicapped, They’re Fun To Watch’. Well, imagine the side-splitting hilarity to be had from observing them on film. Actually, this stereotype is still around. Remember last summer’s over-hyped celluloid sensation, There’s Something About Mary? That film gets a lot of mileage out of a very simple storyboard – show the babe, show the winkie, the babe, the winkie. You get the picture.

Of course, Hollywood isn’t in the business of producing nature shows, so casting departments hire gorgeous actors to play people with disabilities. Can you imagine a more attractive group than Daniel Day-Lewis, Leo DiCaprio, Brad Pitt, Uma Thurman, Johnny Depp, Juliette Lewis, and Tom Cruise? At least in Born on the Forth of July, Cruise, who plays a disabled war veteran, is not just another pretty face. To his credit, Oliver Stone may have lured moviegoers in with hottie Tom, but he presents him in long, scraggly hair and beard, and has him soiling his pants (tee-hee).

Which brings me to one last rant – the “goopless” reality of big-screen crips. By goop, I mean those uncomfortable moments like, ahem, drooling, pant-soiling, bowel routines, weird facial spasms, catheters, or an abundance of medication. Goop. It isn’t appealing, and it doesn’t sell tickets. Oh, well. I guess the world will have to wait to see Matt Damon give himself an in-dwelling catheter, or Antonio Banderas win an Oscar for delivering an inspiring monologue while having an involuntary bowel movement.

I won’t hold my breath.

Oh, to be single, again…. Well, at least for one night. It looks like the city of Toronto is hosting a very unique event: http://goo.gl/BrKqPY

Sexual creativity comes naturally to us. When you think about it, we already have to think outside of the box (no pun intended) because most of us have to find a way around, or way to incorporate, a physical anomaly. On top of that, because we put so much fucking effort into convincing potential sexual partners that we are a viable option, we make a special effort to make sure they have a good time so they keep coming back for more.

I do have to say, though, I’m glad that they have invited and asked for able-bodied persons to attend, either as sexual participants or helpers. Otherwise there might be a lot of bumping wheelchairs instead of bumping genitals.

Sounds fun, anyway. Maybe I can convince my wife that I need to attend from a professional point of view…. I have a feeling if I pursue that road, I may be single, after all. 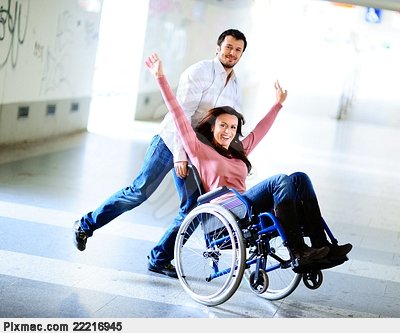 I recently came across this article that talks about a relatively new phenomenon called “Transabled”: http://goo.gl/zstBhL .

Esentially, it’s about people who are not disabled who have a burning desire to become disabled and will resort to self-mutilation to achieve their goal.

You can imagine this has caused quite a stir in both the disability and able-bodied community. END_OF_DOCUMENT_TOKEN_TO_BE_REPLACED